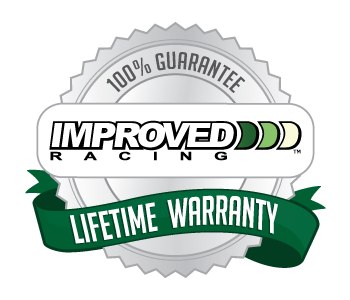 Skip to the beginning of the images gallery
Details

This universal kit works with virtually all Gen III & IV LS-family engines. This single kit includes everything needed to accommodate the both the OEM quick-connect fittings found on later Gen IV engines as well as push-on barb connections found on earlier Gen III engines. See the Applications section at the bottom of this page for more details.

The kit includes custom lines and a billet aluminum bracket that bolts directly to the left or right cylinder head, plus an optional spacer to clear engine covers and evap lines in some applications. The multiple mounting options makes this a great kit for engine swaps! Please note that if mounting to the left side cylinder head, you will need longer lines, so contact us for assistance.

Why Install a Catch Can?

GM's LS family small block engines often expel large amounts of oil and oil mist into the intake manifold. Most intake manifolds we have dismantled are coated in excess engine oil. This results in excessive carbon build-up on the intake valves and reduces the octane of the air/fuel mixture, affecting horsepower.

While carbon build up will not ruin your engine, it will result in reduced performance in the long run, so it's important to keep the air as clean as possible. Adding a good catch can to the crankcase ventilation system will help reduce this carbon build up and keep your engine cleaner and running smoothly.

An Improved Oil Catch Can

Improved Racing set out to design the best air-oil separating catch can we possibly could. We focused on a three simple design goals:

The result is the CCS (Catch Can, Sport).

No sight glass also means improved durability at higher operating temps. And no more trying to interpret a difficult-to-read sight glass to check your fluid level. Just look inside! 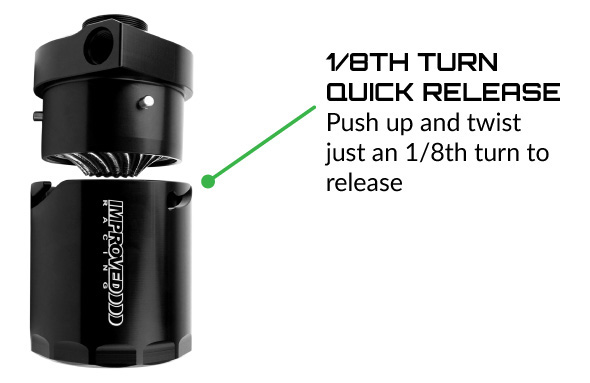 A powerful wave spring keeps the reservoir locked in place. A safety lock clip is also included just in case you want to be absolutely sure the reservoir cannot be removed.

Improved Racing's CNC-machined LS specific mounting bracket can be mounted to either the right or left cylinder head, with or without an optional spacer. The optional spacer, shown in the photo below, offsets the can from the engine to clear larger engine covers, evap lines, etc.

This mounting solution is also great for engine swaps because it is not chassis-specific and can be used on any LS or Vortec engine! For more fitment information, please see the applications section. 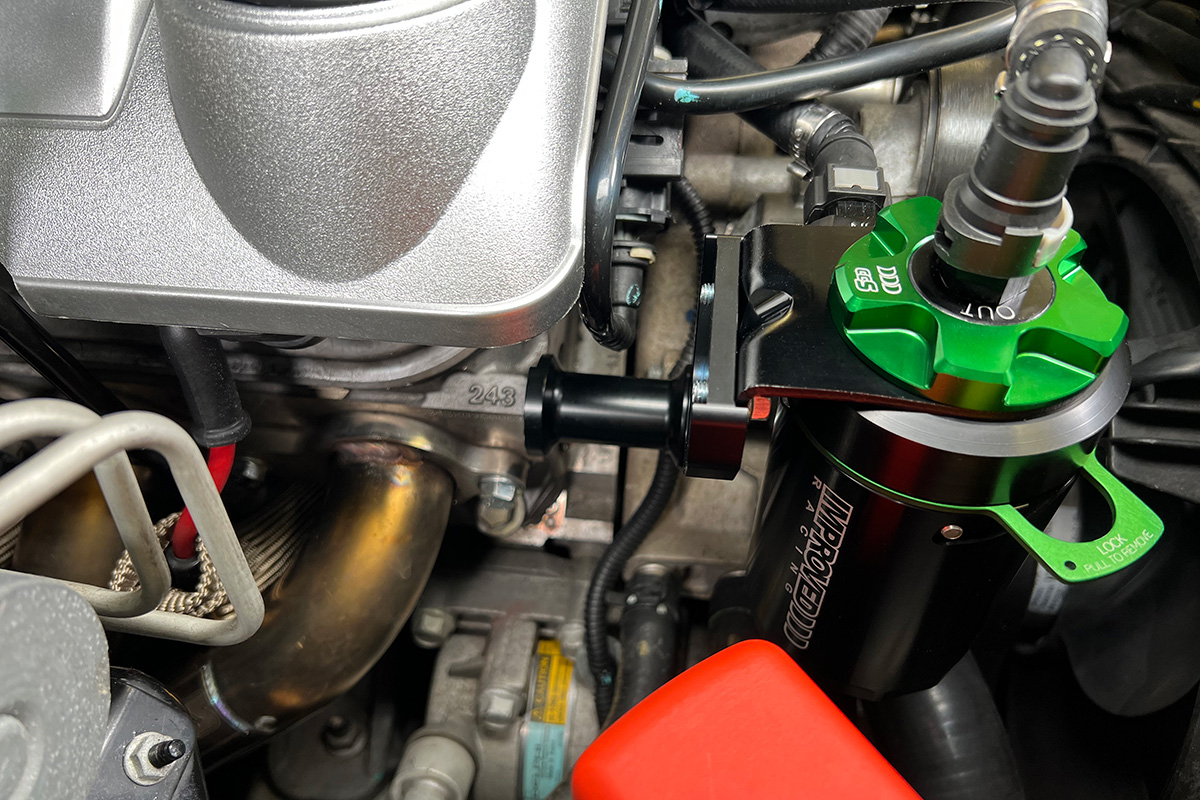 We made the mounting bracket easy to use and remove because some engines bays are tight. Remove the can in seconds by unscewing the green nut. Installing and positioning is just as quick and easy. If you need a little more leverage, just use a 5/8" or 16mm open end wrench on one of the nut's lobes.

The CCS comes with a safety lock clip. It's peace of mind for crash protection or track events where a positive lock mechanism is required. Push to insert, pull to remove. 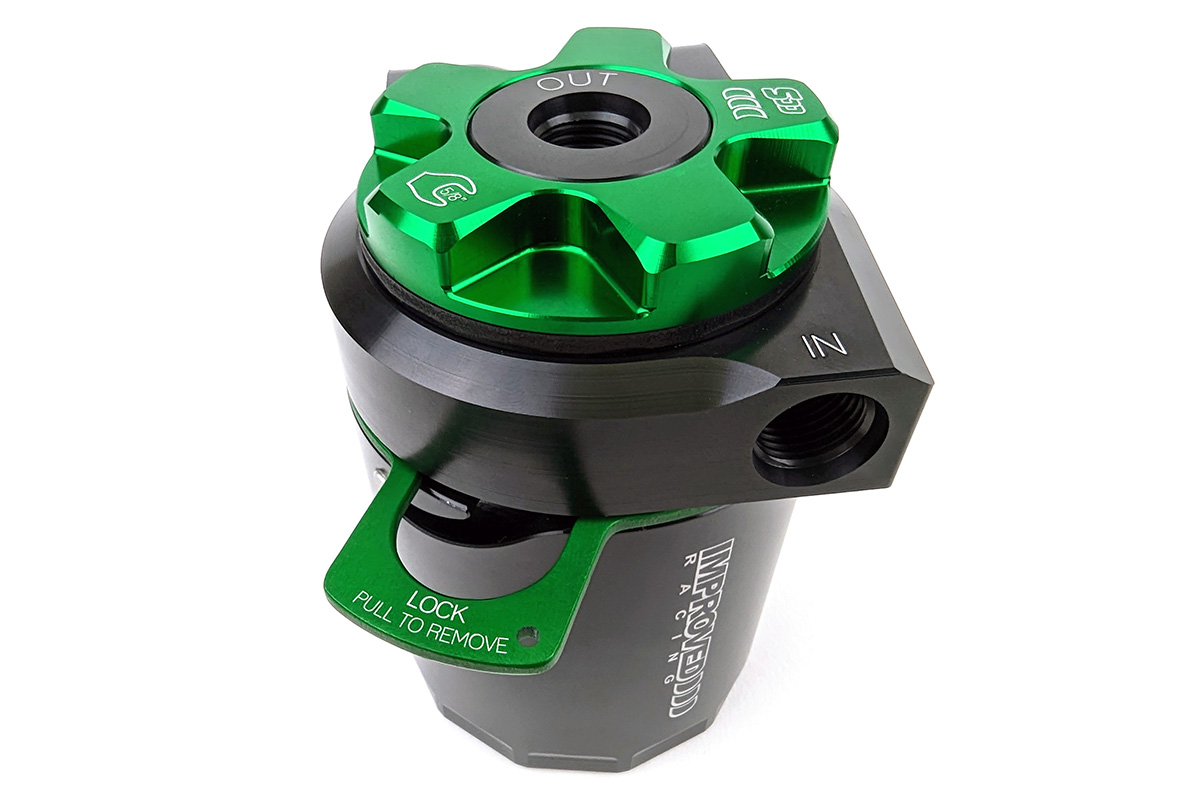 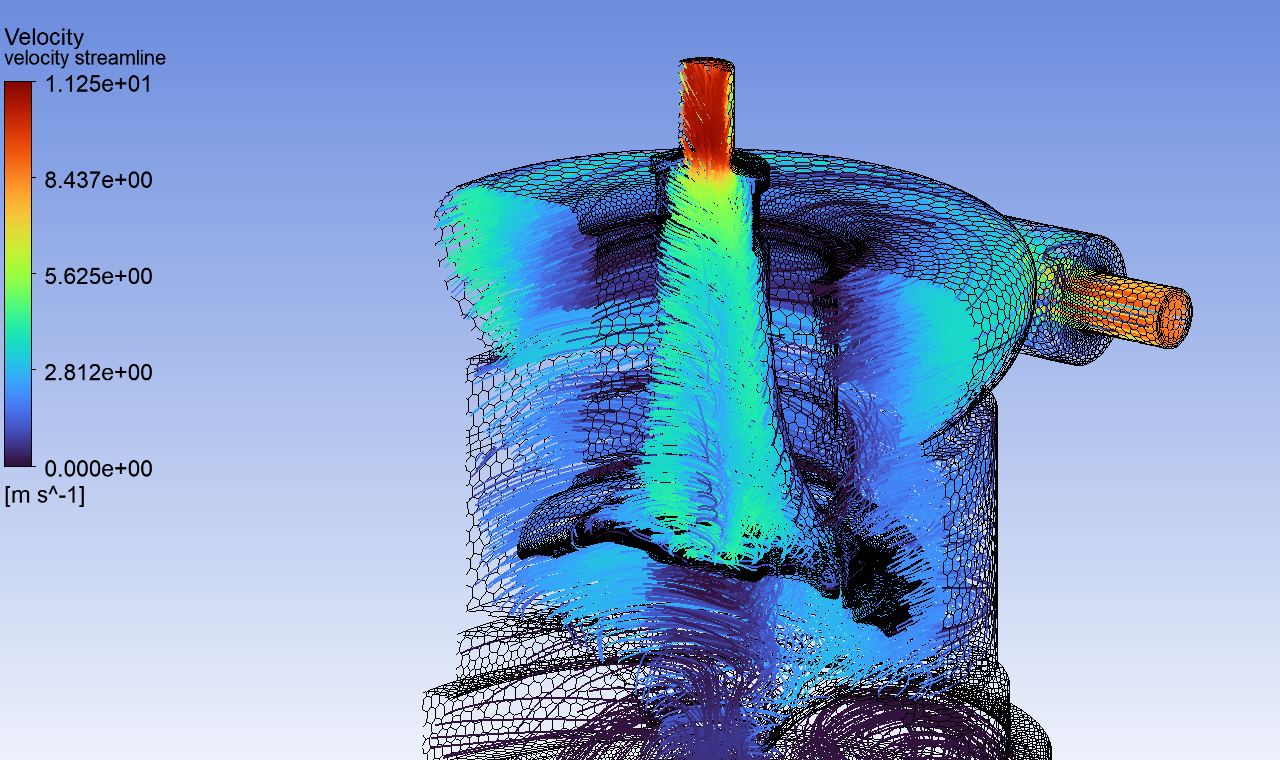 Comparative testing included Improved Racing's prototypes and several catch cans from leading competitors. We ensured our catch can will beat the competition in filtration performance while maintaining a similar or lower pressure drop. Bench testing focused on maximizing efficiency at peak blow-by air flow rates of 3.7-4.0 CFM, where most other catch cans lack efficiency. The chart below (click to enlarge) shows some of our bench test results. Proprietary information and competitor's names have been redacted. 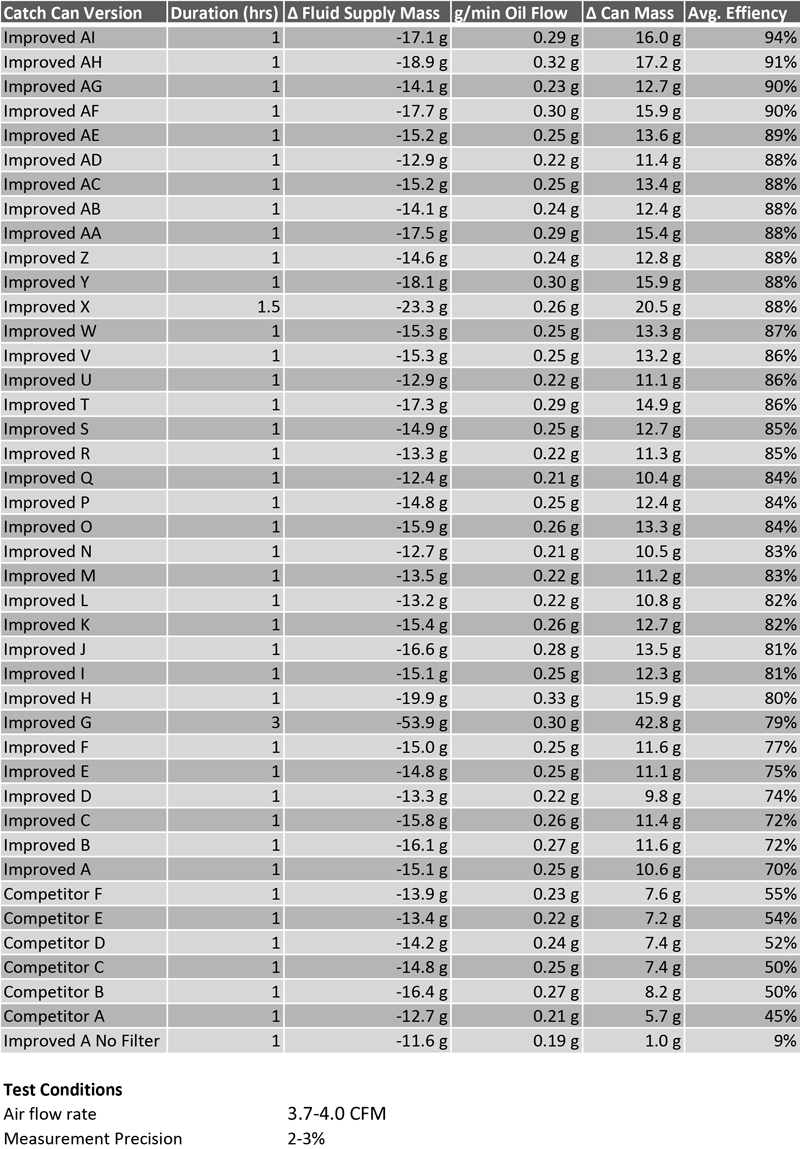 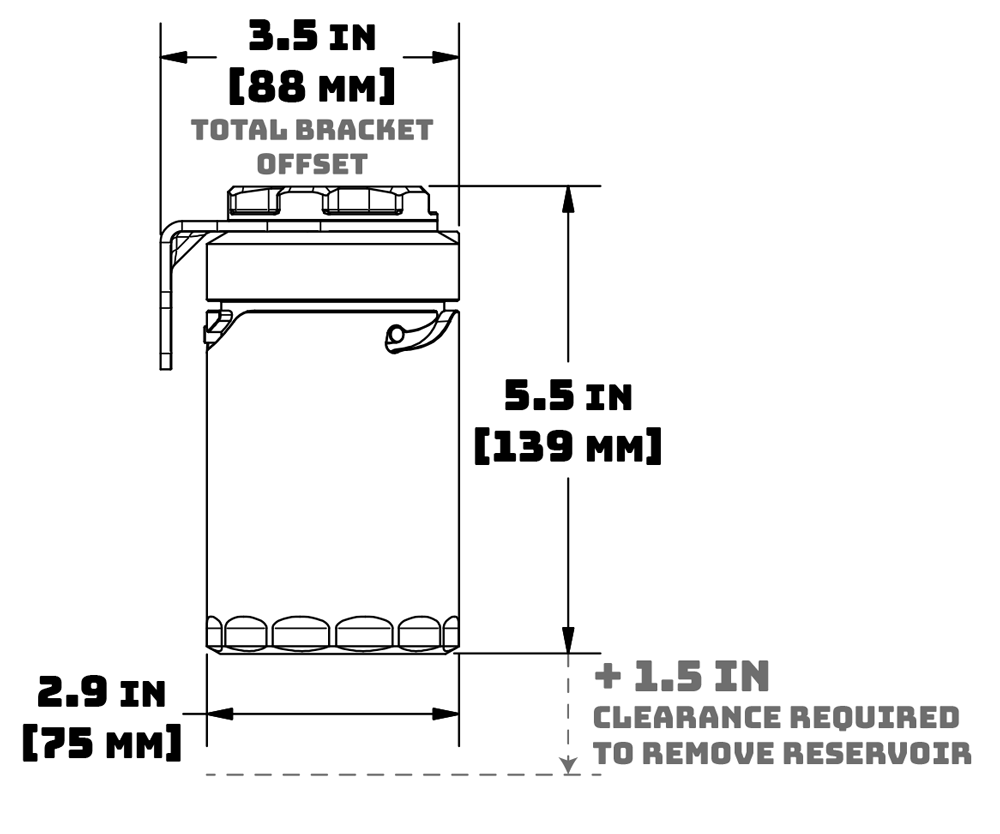